(Translated from the French)

You will have to carry out three small assemblies using LEGOS:

An element which rolls up the 3 rope lines on themselves, which is fixed. 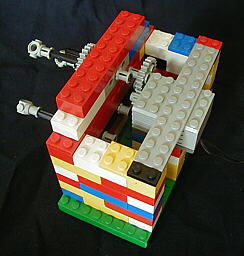 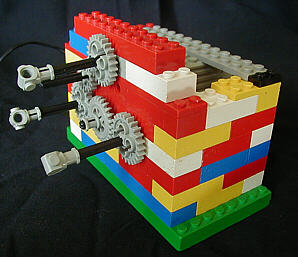 An element which rolls up the rope, which must be able to move slightly towards the first element (the more one rolls up the individual rope parts,the more the rope is shortened) 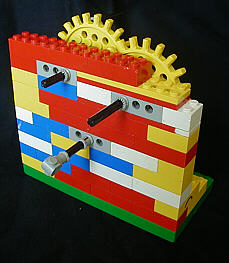 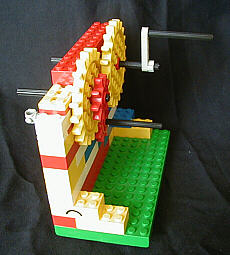 This is realized with another system of gears, which existed in the Seventies that can not be found any more, but which can be replaced by an engine from LEGO TECHNIC. If you have two engines, perfect. If not, a crank will do very well.

A carriage which moves all alone between the two as the rope is rolled up. 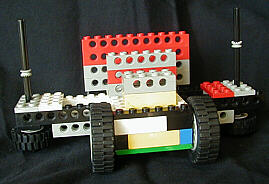 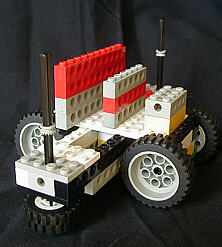 you must use the one longest possible board but a large table will make do to make big lengths.